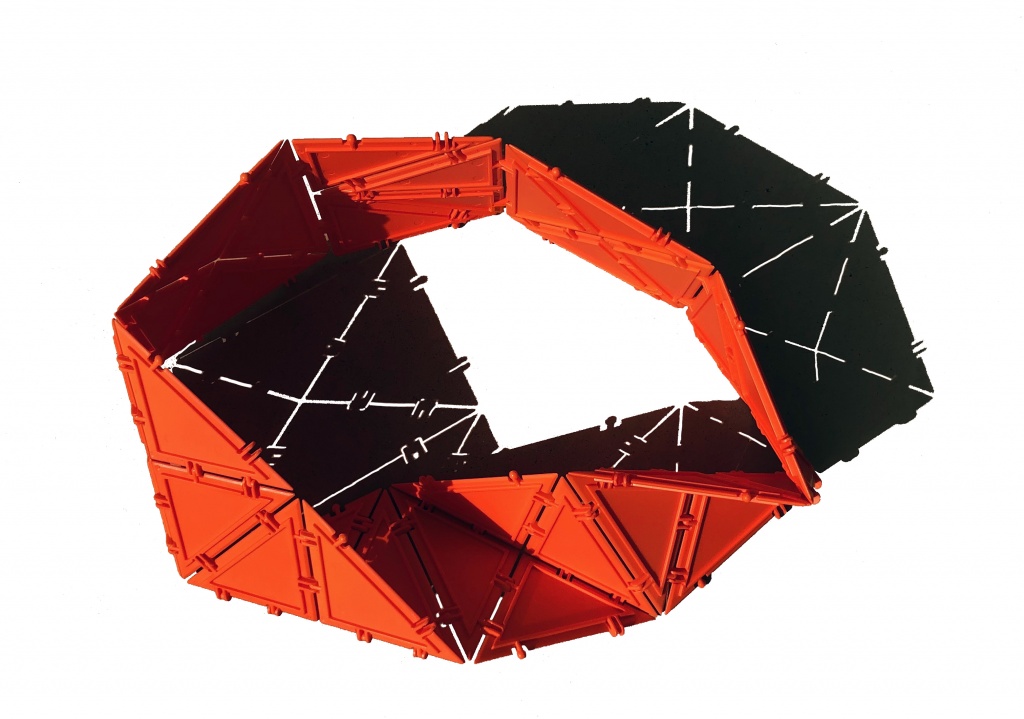 Have you ever made a Moebius strip? Simply take a strip of paper give it half a twist, and tape the ends together. 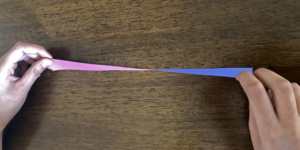 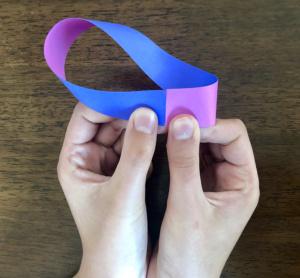 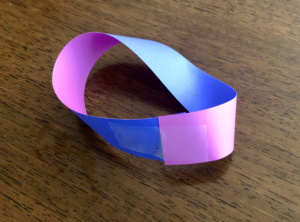 The result is not entirely straightforward. Start drawing a line where the two colors meet and continue down the middle of the strip. 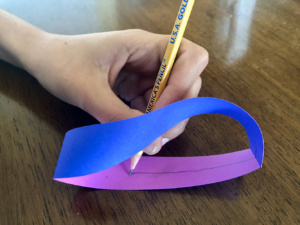 Where will you end up? How many times around do you need to go around to go back to your starting point? How many sides does a Moebius strip have? We know, for instance, a cylinder has two distinct sides. 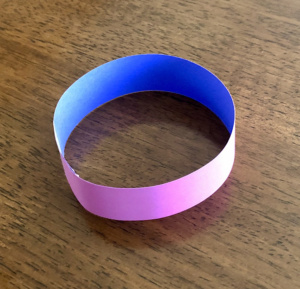 By now you may get a sense that the Moebius Strip, or Moebius Band as it is sometimes known, is a tricky character in the world of mathematics. It is equally at home in the hands of a curious elementary school student as it is in the mind of a professional mathematician. 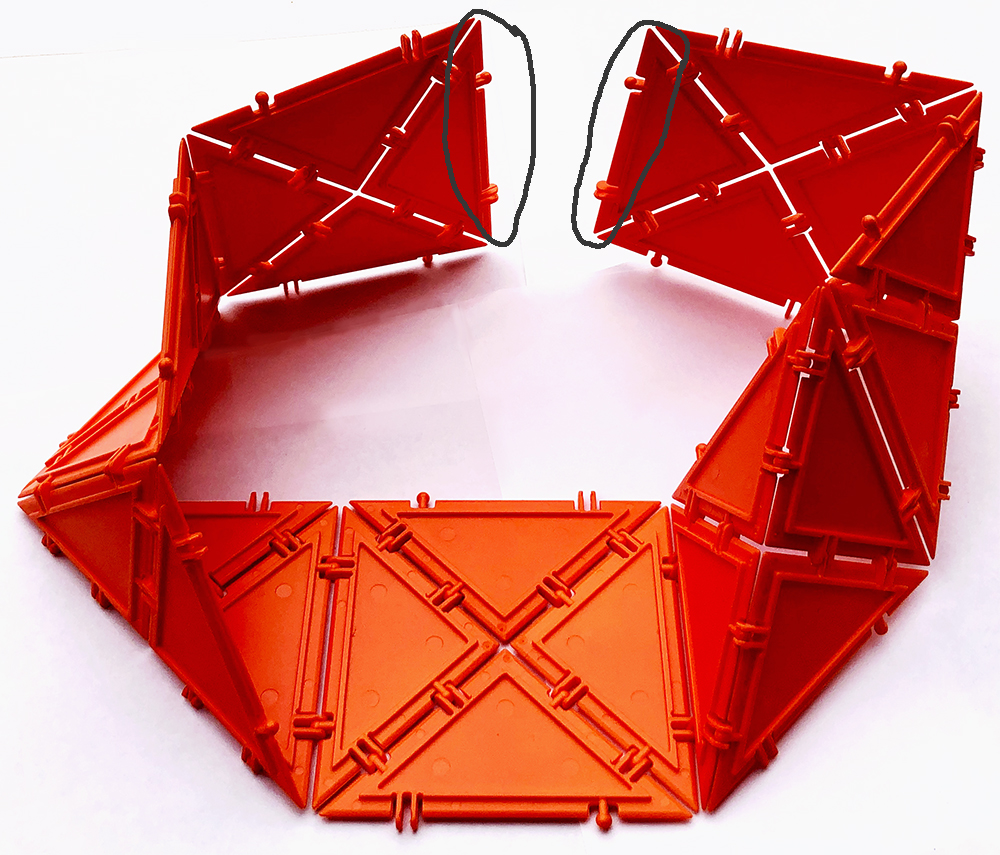 We need some kind of “transition piece” to be able to connect the two sides together. Fortunately, we can construct such a piece with the 30-60-90 triangles:

There is a nice schematic notation mathematician use to draw a cylinder and a Moebius band:

Imagine that the orange rectangles above are made of rubber, so they are very flexible. The arrows need to line up with each other when you attach them. For the cylinder, you attach the sides without a half twist. For the Moebius, you need to do a half twist to attach the sides. To a mathematician, the assembly in Figure 1 is essentially a Moebius strip (ignoring the connectors outside the purple), while the assembly in Figure 2 is a cylinder (again, ignoring connectors outside the green).

In case you’re burning with curiosity to know what a mathematician would call the assemblies in Figure 1 and 2 if we consider ALL the connectors on the boundary of the Geometiles pieces above, that would be a Klein Bottle and a Torus. Now try to wrap your mind around that, no pun intended!