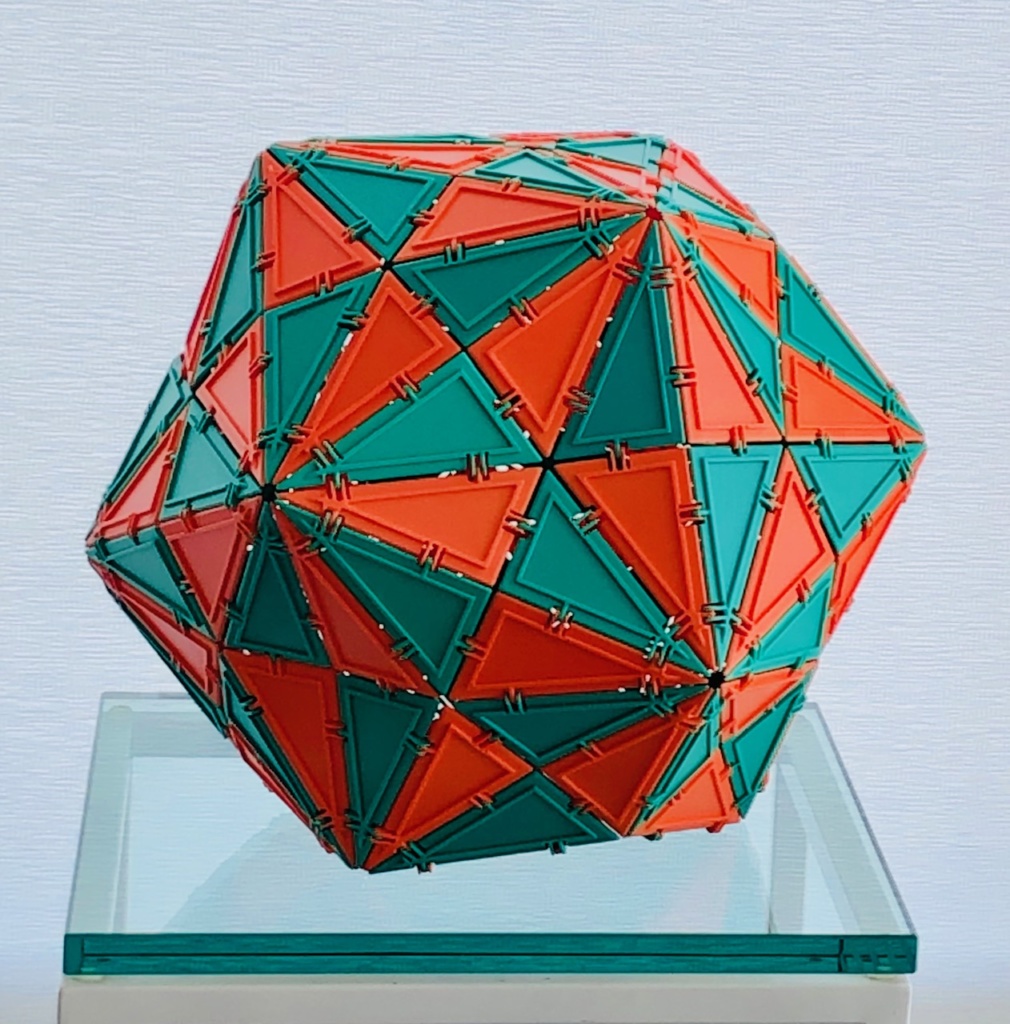 For the past several months, our lives have been essentially ruled by a virus. As a result, virology is a branch of science that has really come to the forefront as of late. After all, the saying “hold your friends closer” has never been more true than now. I was, therefore, very excited when I was contacted by biophysicist David Wilson who specializes in virology regarding modeling virus structures with Geometiles.

It turns out that many virus capsids take on highly symmetrical forms that are essentially variations on Platonic and Archimedean solids. Many are chiral, meaning that they have a left- or right- hand orientation. The first model I built with Geometiles represents the T=7 icosahedral capsid protein.

I then realized that the 30-60-90 Geometiles triangle allow me to model the actual protein structure making up the viruses. In particular, in the T=p3 capsid (bottom of page, case where protein subunits are not all processed), there are 5-fold, 3-fold, and 2-fold rotational symmetries. These symmetries are shown in the Geometiles model below:

The above structure is known as a Pentakis Dodecahedron– it is a dodecahedron with a pentagonal pyramid attached to each face. This one is made of 12 X 10=120 Geometiles 30-60-90 triangles. If we take the same triangles and rearrange them in each of the pentagonal pyramids, then reconnect the pyramids we will get this:

The structure above has the complete group of icosahedral symmetries, otherwise known as H3 group. It is also known as the H3 Coxeter complex. While this structure is a pentakis dodecahedron, it does show all the icosahedral great circles. These have been shown by David Wilson to be the only locations of any protruding features of viral capsids.

Below are some images of the same model taken with a spherical camera (Ricoh Theta S) placed near the center of the model. Images were processed with the Theta Plus app.

I am much indebted to David Wilson for introducing me to the field of virology and for showing me that the structures which I thought were mathematically beautiful are also of great scientific significance.