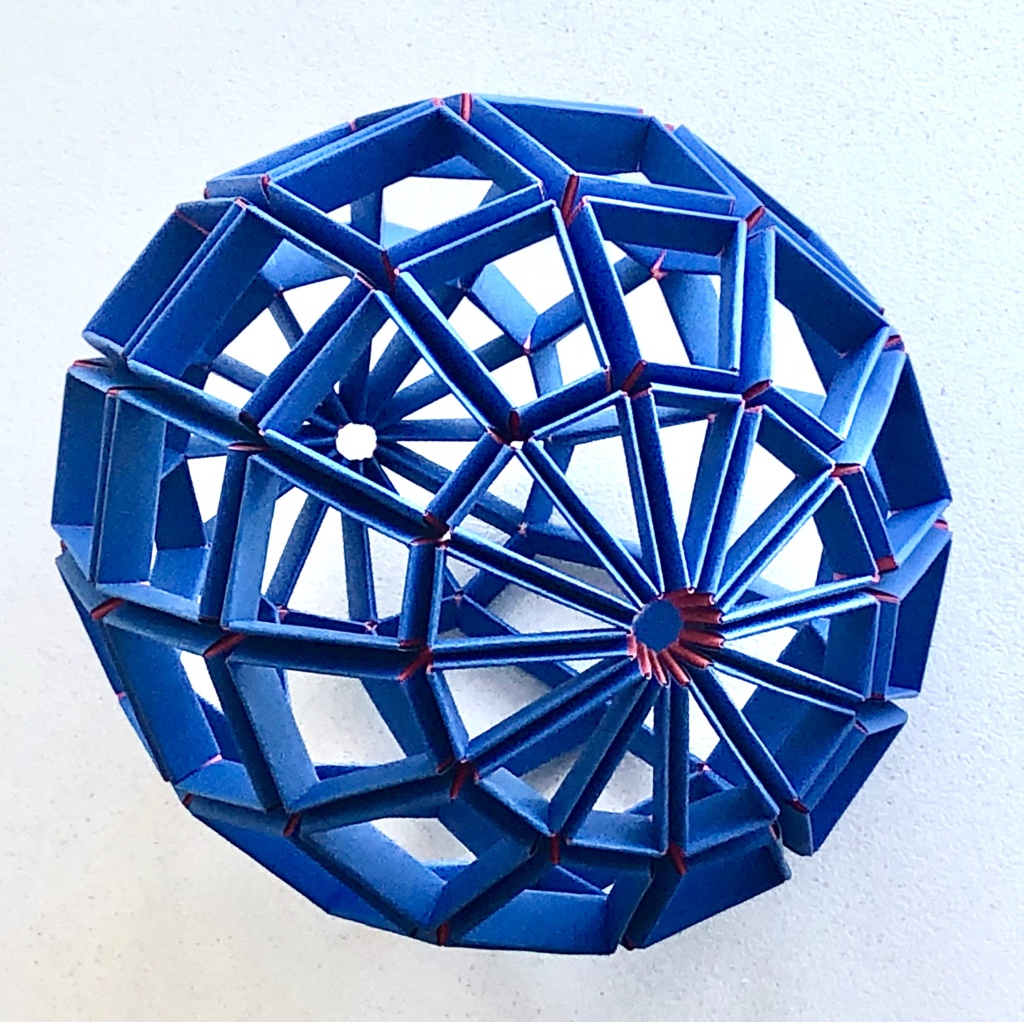 In these very uncertain times, I find it comforting to look at something eternal and classical. It’s even better if this is an object whose model I can construct. After months of quarantine, I finally hit upon the perfect pandemic craft object: the Campanus’ Sphere.

This beautiful polyhedral frame was frequently portrayed during the Rennaissance era.

It turns out that the globe-like object is called the Campanus’ Sphere, after Campanus of Novara, an Italian mathematician, astronomer, astrologer, and physician. The object was actually described by the Euclid in his Elements (c. 300 B.C), but Campanus wrote a popular version of the Elements back in the 13thcentury, in which he described the 72-faced version of the sphere. Hence it was named after him.  More details can be found in Mathematicas Visuales: http://www.matematicasvisuales.com/english/html/geometry/space/sphereCampanus.html and Polyhedra by Peter R.  Cromwell.

The world we live in is as unpredictable as ever, and I find the idea that it can be represented by a polyhedron whose dimensions are familiar quantities from high school geometry strangely calming. The time consuming process of making the object is actually an advantage during long days of isolating at home and listening to disturbing news stories.

You can read further about the mathematics behind the model pictured above here. There are also instructions on making the model in snapology origami. In the days of restricted travel, here is to creating and exploring your own paper model of the earth!