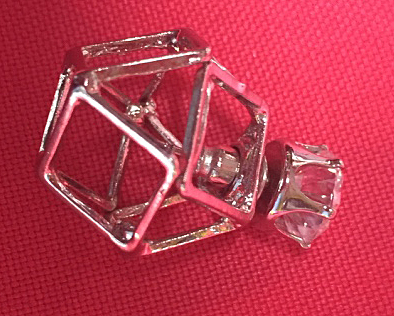 To be perfectly honest, I have no idea whether Archimedes wore earrings. However, I couldn’t help but think of him when I saw the posts on Kumiko’s earrings: 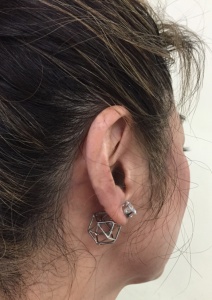 And here is an cuboctahedron made with Geometiles:

Would Archimedes (or any other mathematician) ever have imagined this shape being used as an earring POST?